Alec entered our world almost two years to the day after his big sister Sienna. A nuchal fold scan had shown the possiblity of a child with Downs Syndrome. After a nervous wait, the results of an amniocentesis returned negative for any of the tested genetic abnormalities. We were reassured our child would have the same opportunities as any other child entering the world. 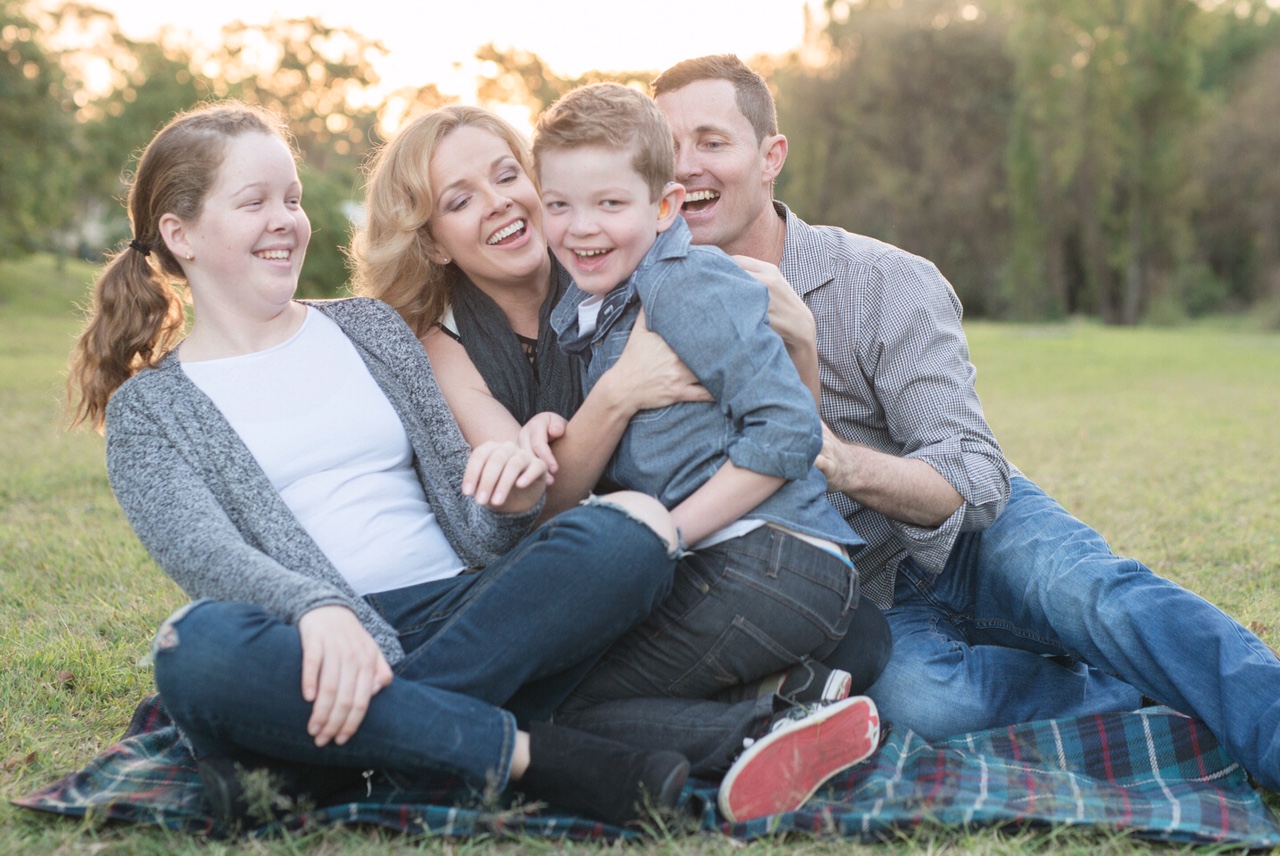 So on the 8th January 2007, Alec arrived with all the hope we as parents could dream for his future. We had our pigeon pair, both healthy and beautiful. Our hearts were full and our lives couldn't have been more perfect.

When Alec was a toddler, there was really no one thing that presented as unusual. It was lot of little things. As a baby, Alec suffered from reflux and every time he got a cold, he would develop a croup-like cough. This was all relatively common for a young child, so at that stage there were no red flags in our minds.

Alec was reaching all his milestones (crawling, walking, talking) when they should have been met. He was a fussy eater but the paediatrician said this was nothing to worry about and recommended we seek the assistance of an Occupational Therapist, as this was most likely a sensory rather than a food issue.

At the age of three, we were approached by a carer at Alec's daycare, as she was concerned he wasn't hearing well. After six months of repeated testing, due to his age, he was diagnosed with bi-lateral senso-neural hearing loss.

Alec was also hospitalised several times to have his ears cleaned out and to also have grommets inserted. It was during one of these hospitalisations that the anaesthetist advised us to have his neck checked as he had really limited movement. We had his neck x-rayed and scanned and again nothing dramatic presented.

As Alec got older we had difficulties with his behaviour as the “terrible twos” seemed to drag into the “terrible threes” then fours. After approaching a paediatrician, we went to a clinical psychologist to undertake Autism testing. However, Alec did not quite fit the criteria for Autism. They gave a diagnosis of ADHD with ODD and we were given medication for Alec, and were told to attend parenting classes.

We kept going back to the paediatrician as none of these methods were helping and the paediatrician would just put him on a different medication. We felt that this paediatrician was not the best fit for us, so sought the assistance of another. The second paediatrician diagnosed Alec with Autism. Again, we were being told by other professionals that he was too social to fit this diagnosis. We were so frustrated as we knew something was wrong!

How could one child have all these medical issues and not fit any of the diagnoses we were being given? Other things that had appeared were muscle tone issues (Alec would fall when running, so saw a physiotherapist); problems with fine motor skills (Alec has trouble holding a pencil, so saw an occupational therapist); protruding tongue and dribbling (Alec saw a speech therapist); intermittent vomiting episodes with no cause (more scans and testing).

We recalled the paediatrician mentioned as part of her Autism diagnosis she generally took blood and urine tests to ensure she wasn't missing anything. At one of our appointments we reminded her of this and she sent Alec off for these tests. We later returned as she wanted to re-test Alec as the original test showed something, "a smear on the test", but nothing conclusive. The paediatrician would not tell me what they were looking for as she obviously didn't want to worry me, but being a mother and inquisitive, I looked up the name written on the pathology form (MPS) and Googled it.

For the first time, I could tick off the symptoms he was exhibiting. As devastating as it was, it was a light bulb moment. Still unconfirmed, Alec undertook this test and again this smear was showing so we were sent to meet a metabolic specialist. During the initial visit Alec had more blood tests sent to Adelaide for final clarification. We were buoyed by this visit as the specialist said he did not believe Alec had the syndrome as he did not present with the same physical appearance as other children with the syndrome present.

Most children with Sanfilippo presented with initial symptoms around pre-school age but Alec was attending a fully integrated school and could speak, read, write and walk. They were so confident that he did not have the syndrome that they made Alec an outpatient as they believed we would not be back to see them. On the 9th of January, 2015, a day after Alec's eighth birthday, we received the phone call that changed our lives. Alec had Sanfilippo Syndrome MPSIII Type C.

The initial impact of this news was one of shock and despair. We were mourning a loss that hadn't happened yet and blaming ourselves as we are the reason Alec has this condition. We also jumped head first into researching the condition to ensure we were fully informed. We have since realised that drowning in a sea of despair is not going to help Alec and what we want for his future.

We have learned to let go of those things that cause us stress and to enjoy the here and now. We are committed to making a future for our children filled with love and laughter and we surround ourselves with people who love our family and accept Alec. We do not treat Alec differently to his sister Sienna.

The toughest thing that we deal with on a day-to-day basis is to minimise Alec's behavioural impacts on his sister and in the school environment. We have changed the school that Alec attends to one that better suits his needs and with the support of our workplaces organised more flexible working hours to enable attendance at medical appointments and to be there for Alec whenever assistance is required. Of course, some days are harder than others, but it is amazing how a smile and a cuddle from Alec, makes all these hardships melt away.

Our hope is for the advancement of clinical trials to help develop a treatment and hopefully one day a cure for this condition so that children with Sanfilippo can live a life that every child deserves. We hope the wider community can help spread the word and help us to make exactly this happen.

We also hope are that our son will be able to live a life surrounded by understanding and kindness. His life may not be the one that we previously dreamt for him but if it is one in which he has no fear or pain, feels loved and is full of things that bring him happiness, we could not wish for more!