When our son, Jude, was born in 2011 we felt our family was complete. Big sister, Isla, who was just under 2 at the time, fell in love with Jude immediately as did we all. We considered ourselves blessed having two happy, healthy children and we had such hope for our future.

The next 2 years were uneventful but chaotic as anyone with a young family will understand. Both kids went about their social, well-adjusted business and life was good. 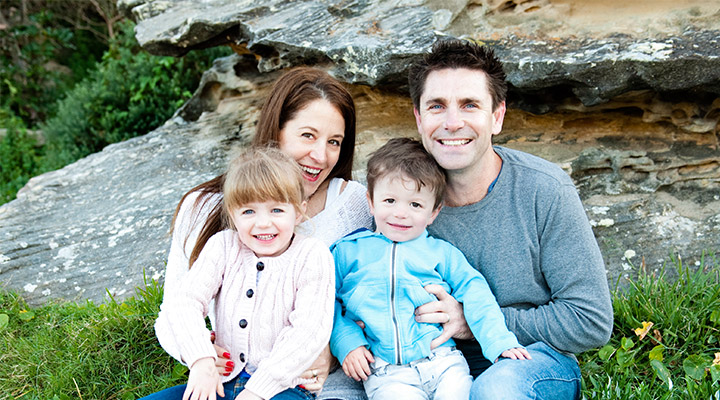 Around the age of 2 ½ years of age, we started to have some slight concerns with Isla's language development. She had lots of single words and was joining 2 or 3 words together but the longer sentences and active dialogue we observed in other kids her age didn't seem to be developing as fast as expected. We weren't overly concerned as our paediatrician assured us she was still within normal ranges, and we attributed her speech delays to the regular ear infections and ENT issues to which she seemed to be particularly partial. After Isla had her first set of grommets inserted and adenoids removed we did see some improvement but not as much as we expected we would if that was the underlying cause of her speech issues.

As time went on our concerns increased as we observed Isla slowing in other developmental areas, including her gross and fine motor skills. We focussed our effort on speech and occupational therapies and we did see improvements. Isla was developing, just not as fast as her peers.

In 2013 Isla started pre-school, an exciting milestone for any almost 4 year old! In her second week I received a call from the director to discuss concerns she had with Isla’s development. Until this point, every time we had raised the subject with the daycare centre Isla previously attended, we were always assured that she was comparable to her peers. Although it was difficult to hear that staff at her new pre-school were worried about her development, it was also a great relief that it was recognised by someone else as we had felt for a while that something was “not quite right”.

We were referred for a formal developmental assessment. The initial outcome of this was that Isla had "mild development delay" across all areas and we were given a number of actions and activities to put in place. We were obviously quite upset by this but were optimistic that we were well placed to give Isla all the help we could to allow her to be the best she could be. Sadly 2 weeks later we received the devastating news that turned our world upside down. As part of the assessment Isla was given some pathology tests to rule out any underlying medical issues that might be causing her delays. Our expectations were managed that this was highly unlikely but it would put our minds at ease on one front at least. One of the urine tests identified elevated GAG levels that are a key indicator for Mucopolysaccharidosis 3 (aka MPSIII or Sanfilippo Syndrome).

As this is a genetic disease we wanted to be sure that Jude (by then 2 years old) didn’t also have it. We saw this as a formality as we had not observed any delays in his development - quite the contrary we have trouble shutting him up and he is always racing a million miles an hour to keep up with the “big kids”. We understood that based on genetic statistics there was a 1 in 4 chance he might be affected but focused on the 3 in 4 chances he wouldn’t. Unfortunately, 4 weeks after Isla’s initial diagnosis we learnt that Jude had inherited this dreadful disease too and that both children were type A.

The English language does not contain words that adequately describe the impact that this double diagnosis has had on our family, we have been absolutely shattered and devastated and this is beyond anything we ever imagined possible.

At the moment there is no effective treatment available to “Sanfilippo children”. But around the world there are dedicated scientists, researchers, patient groups and families devoting their lives to changing this. We are proud to join this movement and will fight and fight and fight not only for our children, but for the others living under the spectre of Sanfilippo and future families who have not yet heard of this disease but will one day be faced with this agony.