Our lives changed in an instant in 2000 with the devastating news that both our children had been diagnosed with Sanfilippo IIIA , an auto recessive genetic disease where the statistics are 1 in 4 chance of being affected and we got 2 out of 2! This was the worst day of our lives, but also the day that put the last piece of the puzzle in the jigsaw and it all made sense. 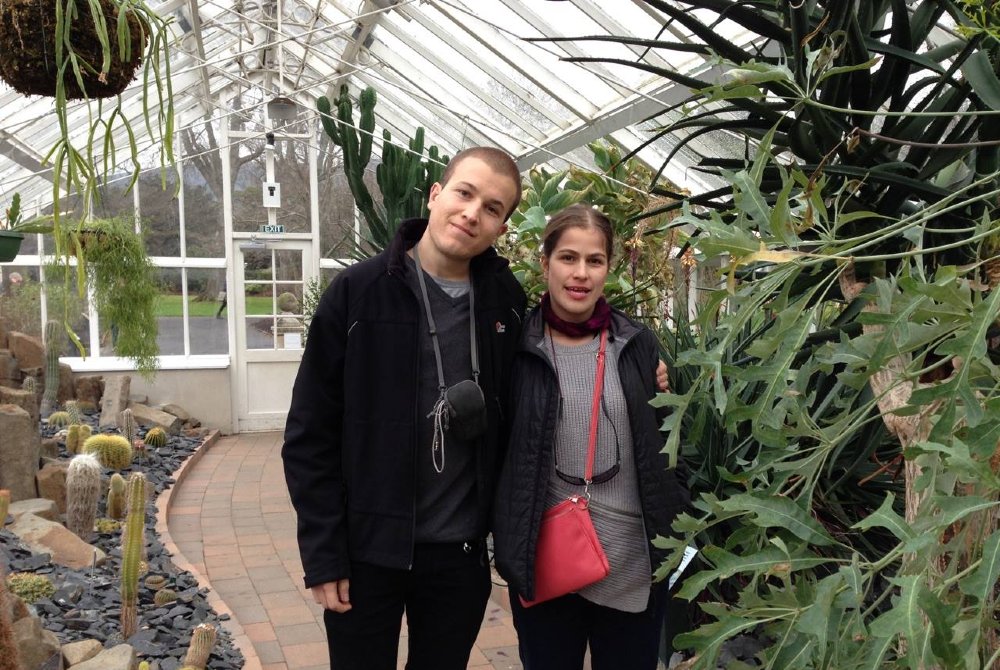 Jonathan was born in South Africa in 1990 and as a child had the not uncommon, sore ears, inguinal hernia, every month suffering from a runny nose. Sixteen months later in 1991 Laura was born, and she suffered even more frequent sore ears and by the time she was eight had had grommets inserted seven times.

Jonathan by the age of 2 1/2 was showing signs of delayed speech, and was suffering many bouts of tonsillitis. We started speech therapy after his insertion of grommets and tonsillectomy he made good progress. At nursery school it became evident that he was not reaching his milestones in many aspects. This became even more noticeable when he started school, so we insisted on a development assessment, which highlighted many of his problems. Before this test I remember praying every night that he did not have ADD, I look back now and think how different things would be if that was the diagnosis, and "maybe a pill could have helped fixed things".

It was around this time that Laura (3) became acutely ill and was subjected to intensive investigations.  Her speech and development was not obviously impacted at this stage, as she was able to hear because of grommets from the age of 8 months!

On the result of a liver biopsy we were told they probably had a benign disease named Glycogen storage disease, so life went on as this was not life threatening.

As the early school years progressed both Jonathan and Laura required remedial training with reading and other aspects of their learning. I worked tirelessly to try to get them both to reach their milestones and always hoping in the next stage of development everything would be fine. I cannot tell you how many tears I have shed over the years as I struggled with teachers who did not quite get it that Jonathan and Laura did not learn in the same way as other kids.

In 1998 we moved to Toronto and once again had specialist appointments but no one could tell us what was wrong with our children and why they were not learning, I knew there had to be a link, but no one was listening. It was very much apparent they were delayed when seeing the other children in their class. Testing at their school in Canada identified that they were "exceptional" - I felt quite proud until I realized it meant they were intellectually impaired and immediately went into denial.

On return to Australia in 1999 we started the crusade to find an answer to why they were not learning. After many visits to doctors, specialists it took the wonderful Dr Jim McGill to look at Laura and pondered. He organized a routine urine test on Jonathan and the result came back as Sanfilippo and was confirmed by tissue biopsy on both of them when Jonathan was 10 and Laura 9.  This was the day our lives changed in an instant.

After this news the realization set in that we were never going to see our children find the happiness in finding a partner, have children or experience life as we know it, and also that we would never be grandparents. These are things that we normally expect but it was not to be.

My personal crusade as my children’s advocate was stepped up a notch as they needed me to fight for them to enable them to have the best educational life and happiness we could give them. At highschool we chose the option of a small special education unit which specialised in life skills, and Jonathan and Laura were still able to integrate with their year group for art and yearly retreats with support during these times.

We have tried to expose them to things other young people enjoy and the highlight of their time at school was when they both attended their school formals with their respective year groups. These were the two proudest moments of their school years. My tears of frustration and unhappiness are shared with the tears of joy and happiness they have given us.

They have both now left school and are part of a community participation program which because of their condition is funded by the Government. In the last couple of years we have developed their program and now they live a full and happy life and are blissfully unaware of what is going on. Jonathan, works as a volunteer at a garden centre 2 days a week, and at another large garden park assisted by a facilitator and is fully accepted by all his work mates. He also attends social groups to enable him to experience things he would if circumstances were different.

Laura works as a volunteer at a large 5 star cattery and as an intern at the Art Gallery Society NSW. She is a real young woman around town when she heads off in the mornings and wears her uniform proudly.