When Kyuss was born five weeks premature, he was born ‘with the caul’, which means the amniotic sac was still intact over his head and face. It is considered quite rare and is meant to be good luck. 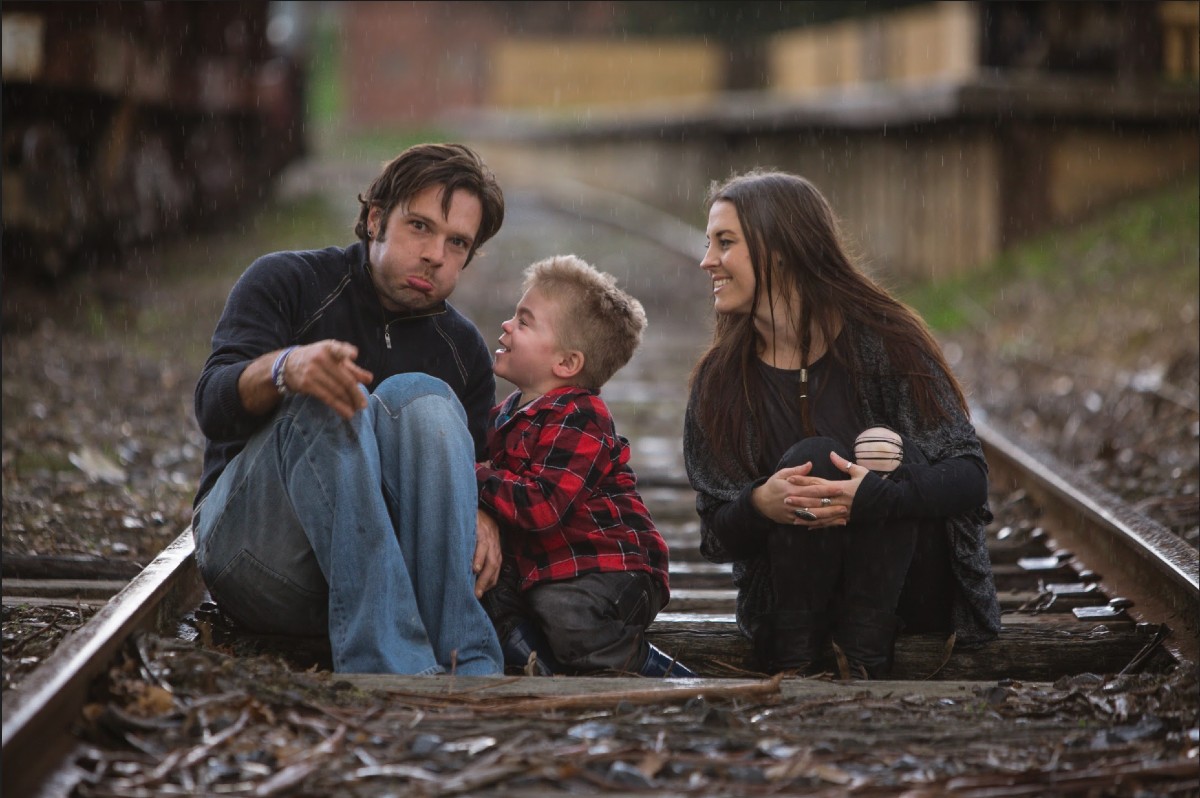 Kyuss failed his newborn hearing test. He passed in one ear, but failed in the other. We were told it’s quite common for premature babies to not pass straight away. The next day, he failed again. We were told he had lots of wax and fluid on his ears and to leave it a few weeks and it would hopefully clear. It never did and his hearing got progressively worse and he was fitted with hearing aids at three months old.

I was heartbroken initially as his dad is a musician and loves music. I thought ‘what if he can’t hear the music?’ My sister has a hearing loss and I remember the battles she faced growing up and at school, and being a teacher, it broke my heart that my newborn would face these challenges also. Ironically, Kyuss is actually named after the American band, ‘Kyuss’ who reformed in 2010 as ‘Kyuss Lives’.

In November 2013, Kyuss started vomiting every time he had milk and was breaking out in hives after eating certain fruits. I took him off dairy and within days, the rash cleared. He was diagnosed with intolerances to dairy, salicylates, wheat and soy. Feeling concerned, I mentioned to hearing professionals I wanted to see someone and they recommended a paediatrition. I thought it was a good idea to get an all-round check-up.

In May, 2014 we ventured into the city for our appointment with the paediatrition. She looked at him and asked a lot of questions about his development and facial features, and asked to see photos of him as a baby, and took photos on her camera. I thought she was just extremely thorough and wanted to have a visual of what she had missed out on.

I had noticed Kyuss was starting to show signs of a possible developmental delay, but I put this down to his hearing loss. She sent us to the Royal Children’s Hospital, to have some basic tests done and mentioned going on the waiting list to see a metabolic specialist. I was under the impression that it had something to do with his metabolism, hence related to the food intolerances. It all made sense, so I thought.

Upon entering the hospital, I received a phone call straight away from the metabolic unit. I was so naive, thinking it was because we lived far away from the hospital and that’s they were looking after us. Kyuss was having blood tests done whilst numerous registrars came in and looked at his eyes and ears and stomach. They then led us to a room, and we waited. The specialist arrived and two other ladies joined us. The specialist proceeded to tell us it appeared Kyuss had a Lysosomal Storage Disorder known as Mucopolysacharidosis.  I snickered at such a big word joking about how I would never remember that. I was yet to understand its seriousness. They told me he most likely had MPSII, also known as Hunter syndrome.

They told me he would slowly begin to regress and start forgetting things; how to walk, talk, and eat, until eventually his brain tells his body to stop breathing. He would need weekly enzyme infusions and a possible bone marrow transplant. At this point I knew it was so serious and tears started to stream down my cheeks. I was in shock and disbelief. By the time I drove home, I was distraught, and telling the rest of the family was gut-wrenching. Our hearts all broke at once.

Three weeks we waited for test results to confirm it was Hunter syndrome, but the results came back negative. It was another seven months until we had a definite diagnosis. On January 6th, 2015 we were confronted with the shocking news that Kyuss did have MPS, in fact MPSIII Type A, also known as Sanfilippo Syndrome. “Which one was that again I asked”? Her response: “The neurological one”. My heart shattered into a million tiny pieces.

To walk into a specialist’s office one day with a hearing loss and food intolerance, and walk out with a terminal illness is still unfathomable. I never knew conditions like these even existed. Being hit with such massive blows is just devastating, especially because we went through the diagnosis process twice. The first time, life just shut down, everything was slow-motion and the simplest of tasks became hard. I couldn’t look at Kyuss because it hurt to think I might lose him. I was scared to love him.

Unfortunately Kyuss’ dad Michael and I separated in August 2013, so I had no choice but to pull myself out of this dark hole and be strong for my little man. I still had a gorgeous, happy boy in front of me, and a girlfriend once said, “Tomorrow is not guaranteed to any of us”. This resonated with me and I found the strength to soldier on.

The second time was just as devastating, but there was slight relief finally having answers, and having the support of the Sanfilippo community certainly helped us cope.  The rest of the family took it just as hard. Since diagnosis we have had many ups and many downs, along with appointments. Support has been amazing and has helped keep spirits up. I still try and keep a happy balance with life and try and work when I can, because I love my job and feel it’s important to keep some normality.

When something like this happens, you certainly see the world differently. You appreciate so much more and the little things seem so trivial now. I hope that with the work of the Sanfilippo Children’s Foundation, the wider community, family and friends, my son, Kyuss, will receive treatment and get the chance at life that he deserves.