When Phil and Rohanne Tiefel discovered they were having twins they were in disbelief. Just before Christmas 2014 they became the proud parents of two tiny little men – Lucas and Dominic. In 2017, they found themselves in disbelief once again when one of their twin boys – their little ‘blonde bombshell’ – Lucas, was diagnosed with Sanfilippo Syndrome. Mum Rohanne shares her family's journey and explains why they are full of Hope for Lucas. 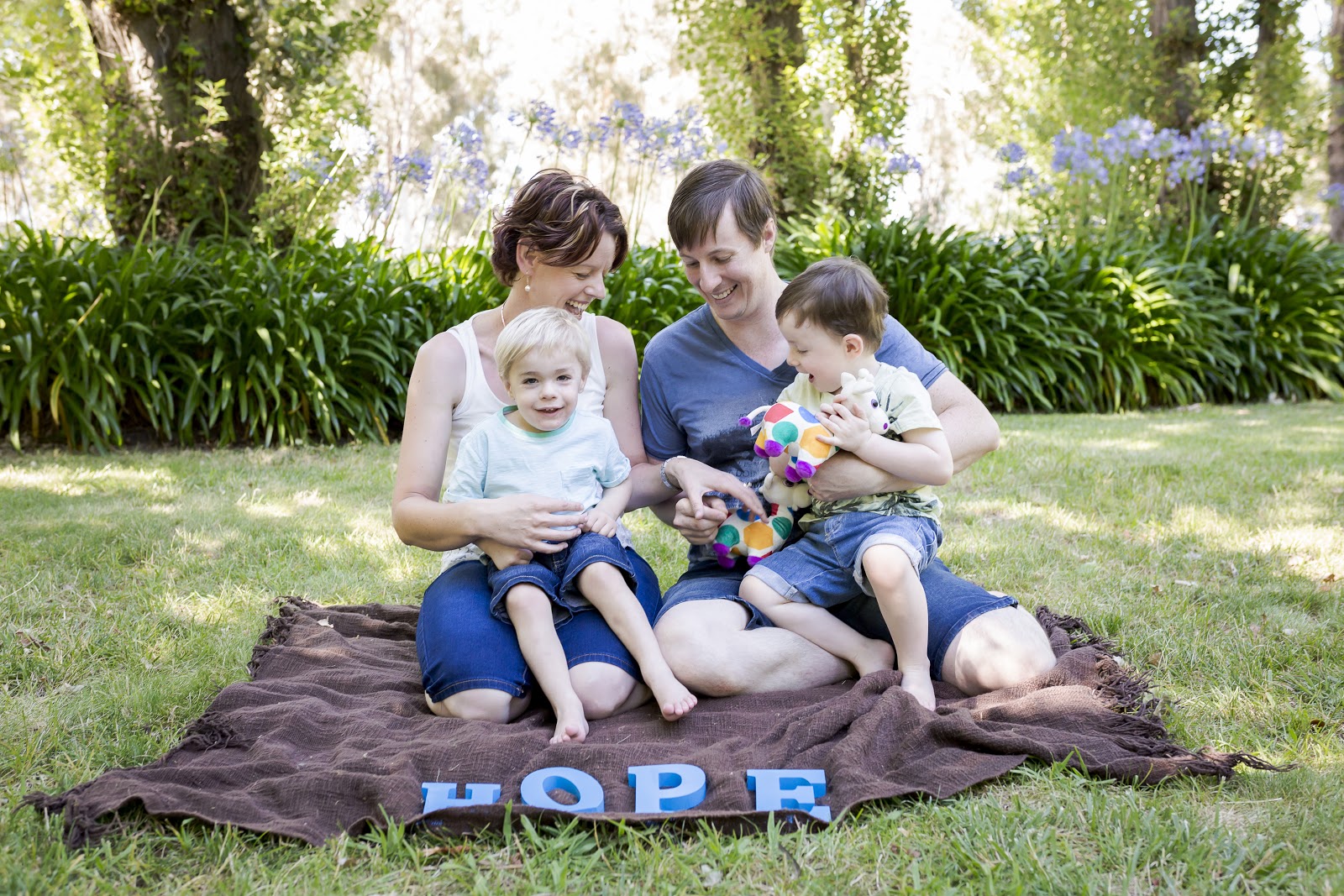 Lucas had already been nicknamed Loki (the ‘god of mischief’) when I was pregnant with him as he insisted on defying the ‘norm’ and creating his own growth plan.

Lucas had a very low growth throughout the pregnancy and since birth has been slow to grow and develop. When Lucas was born, he failed the SWISH hearing test at the hospital, and then was diagnosed with conductive hearing loss, and before he was three months old had his first set of hearing aids.

At four months old he had a double hernia operation, the first of many operations to come it would seem. By the time he was six months old he was seeing a hearing itinerary teacher and at ten months was referred to an early education program in Orange.

From early on Lucas suffered from ear infections on a regular basis until he finally had a grommets, adenoid and tonsil operation when he was nearly two years old. We thought this would help him greatly with his speech and gross motor skill development. Lucas was always slow to develop, even from birth. When he finally learnt to crawl around the age of two it was the best Christmas present anyone could ask for!

Lucas had been referred to GOLD (Genetics of Learning Disability) in 2016 as we knew from very early on that Lucas wasn’t developing as he should. The plan was for Lucas to take part in a new genome mapping technology to look for an answer. We had been looking for information from the day he was born.

While we waited for this test to become available, they did a urine test on Lucas in August 2017 to check he did not have elevated GAG levels that was a key indicator for Mucopolysaccharidosis. This was supposed to be a ‘tick and flick’ routine check as the geneticist thought nothing would come of the test. First test came back positive, so we re-did it.

Within weeks of the second test being completed and this time with his twin Dominic included in the testing, we received the news that no family could ever prepare for; he was diagnosed with Sanfilippo Syndrome Type A. The only blessing that day was that Dominic was not positive (however he was confirmed to be a carrier of the Syndrome).

The initial impact was one of horror and disbelief. Even though we had undergone a lot of investigation we could never have anticipated such a bad diagnosis. As the news went out, we were devastated. It was an extremely difficult time for all of us.

Since diagnosis, we have tried to push Lucas in his development to enable him to achieve as much as he can before he started to lose what he has learnt. We also try to keep a normal home life for Lucas and his twin brother Dominic, one that allows Lucas to be a typical three year old!

Lucas has endured all types of illnesses, operations and tests too varied to mention; he has maintained his happy attitude and is brave beyond belief in taking on everything that has been thrown at him in his short life.

To this day, there is no cure for kids with Sanfilippo, but there is a team of dedicated scientists, researchers and fundraising families all working hard to help find that illusive cure. Please join Phil, Rohanne, Lucas and Dominic in raising research funds and bringing Hope for Lucas.