Oliver McCoombes is full of endless energy. He loves to run, is the world's biggest fan of the cartoon Paw Patrol and is his baby sister's protector. His parents Catherine and Phillip describe Ollie as an "affectionate and very active little boy", so being told he won’t be like that forever, they say, "is one of the worst things a parent can possibly hear".

The McCoombes family shares their heartbreaking journey to diagnosis and their hopes for funding future research in honour of Oliver. 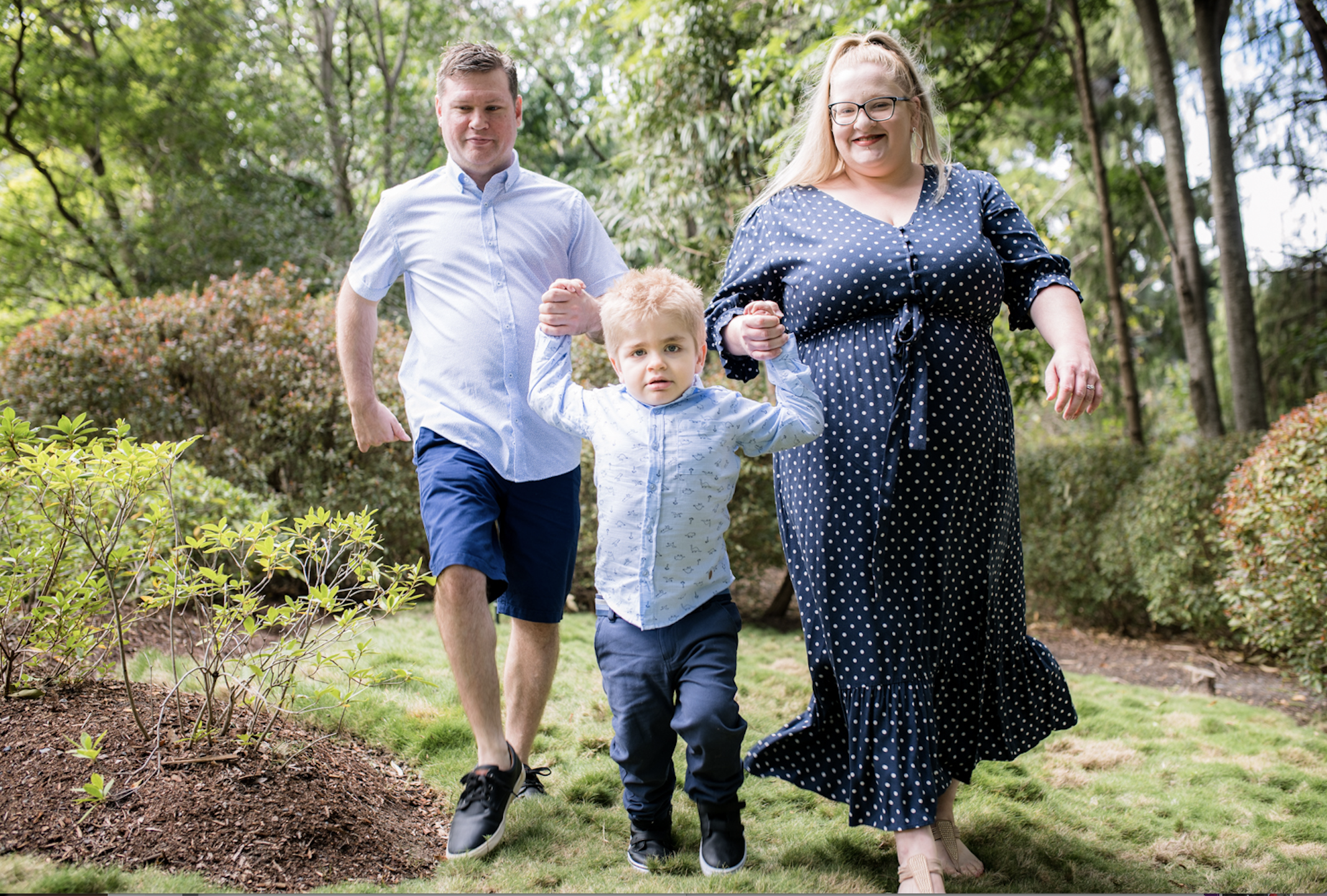 When Oliver started kindergarten, his development slowed down but the behavioural issues we were seeing really ramped up – he had become very hyperactive! We’d noticed he was also constantly chewing his hands.

We had been seeing a speech therapist and doing occupational therapy and although Oliver was making some progress, it was extremely slow and he was not where he should have been.

We decided to take Oliver to a paediatrician. Oliver had developed glue ear just before he turned two, when he was just starting to talk. When his speech started going backwards, the specialists thought this was due to him not being able to hear properly. We all thought he would improve once he had grommets put in.

He never made much progress with his speech and we started to wonder if there was an underlying cause.

We shared our concerns about Oliver’s development with the paediatrician, and it was this, coupled with him noticing certain facial features in Oliver, that prompted genetic testing.

Discovering that Oliver has Sanfilippo Syndrome was devastating. We had never heard of Sanfilippo and no one we told had heard of it either.

To go from having what we thought was just a developmental delay to having a terminal disease, a syndrome that will slowly rob him of everything, made our world come crashing down.

He’s such an affectionate and active little boy, so being told he won’t be like that forever is one of the worst things a parent can possibly hear. Oliver’s laugh and smile are infectious, and he’s always talking to everyone when we go out.

Oliver loves books and has a bookcase filled with them. He would prefer to sit and look at his book than play with a toy.

He is also a loving big brother to his sister Maisy. We often find him sitting down showing her a book or giving her a kiss and cuddle. When she crys, he checks on her and gets upset when she’s upset.

It was of course a huge weight lifted off our shoulders when we found out that Maisy does not have Sanfilippo.

Since diagnosis we’ve had our ups and downs. There's not a day that goes by that you don't think about Sanfilippo but at the same time we want to treasure the time we do have with Oliver and create happy memories. Home life has become a bit more hectic with Oliver having many more doctors and specialist appointments.

Oliver is very much loved by a big extended family with grandparents, aunties, uncles and cousins who have all taken the news just as hard as we have.

We hope that the Sanfilippo Children's Foundation will help advance the science so a treatment and one day a cure can be found. Our hopes and dreams for Oliver are that we will get to see him grow up, and that he won’t have to suffer. Oliver deserves every chance at life.