We got Peter’s diagnosis four days before his fourth birthday, while I was heavily pregnant with our third child Natalie. Peter had been going to St Demiana Child Care where he was in an early intervention program and already seeing an OT and speech therapist every week. 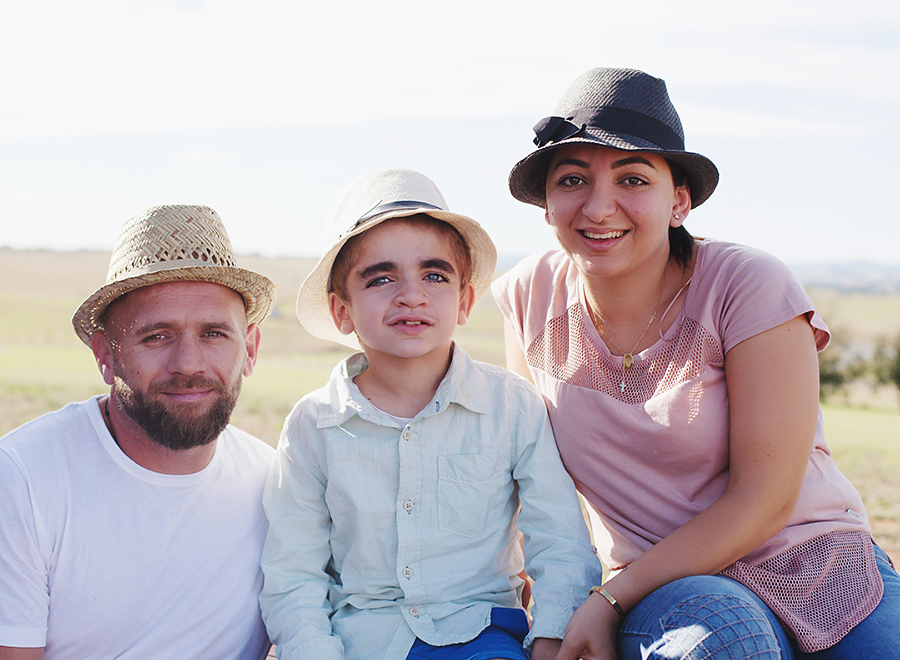 We needed to have him assessed ready for school. We had already taken Peter to three separate paediatricians but they had all said he had a slight development delay and “with early intervention he would catch up”. We weren’t getting anywhere after a year of speech therapy and Peter would repeat the same words and songs over and over (by then he had lost half his hearing).

One doctor even suggested he had Autism but when we had him assessed for this, they told us it was unlikely as he was “a social child with good eye contact”.  They took blood tests and three months later they rang us to say he had a storage disorder and we had to come in to see a genetic counsellor. We didn’t know then what type of storage disorder he had and I was about to have another baby. I gave birth to Natalie not knowing if she would have Sanfilippo too, and it was several months until we learnt that thankfully she didn’t have it! Peter has Sanfilippo Syndrome (MPSIIIB).

The impact of Sanfilippo on family life has been tough.

Peter has a lot of behavioural issues and used to bite his little brother Eliya. At first, we thought he was just being stubborn. His behaviour has quietened down a lot as the disease has progressed but it has taken a toll on his siblings. My other two children don’t always get the attention they need and the whole family has been affected by sleep deprivation. Peter is awake for sometimes five hours each night.

Peter was toilet trained at four years old but is back in nappies. His little brother asks us: ‘why does Peter wear a nappy?’ And he is slowly losing his ability to walk. Now we have to take a stroller with us wherever we go, as he gets tired after walking 100 metres…and he is a heavy boy to carry! Peter has had a lot of operations in his six years of life; he has had three pairs of grommets, his tonsils out, his teeth done, two hernia repairs and bars on his legs for 15 hours a day until he was four. With each operation he has had anaesthetic, which is really risky for children with Sanfilippo.

Peter goes to George Bass Special School in Bass Hill and we have regular respite care. We need a treatment for Sanfilippo. We need a cure. We need our children with Sanfilippo to live! We hope and pray each day a treatment will come in time for our Peter.