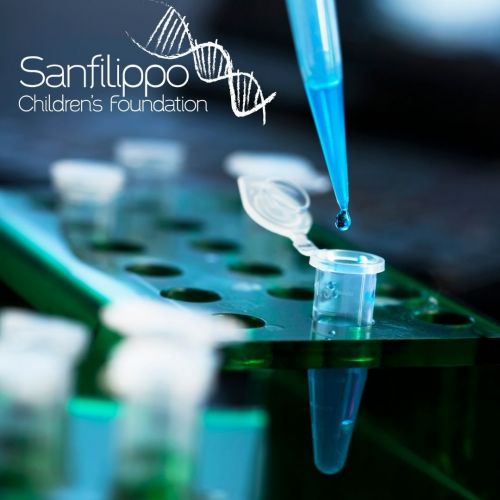 Research led by Prof. Patricia Dickson, based at The Lundquist Institute and Washington University has found a one-off treatment with enzyme replacement therapy (ERT) at birth improves enzyme levels in the Sanfilippo type B mouse brain for up to four months. This research was supported by a number of grants from the US National Institutes of Health.

Sanfilippo type B involves a change in the gene known as NAGLU. The gene contains the information required to produce an enzyme of the same name, which is essential in the breakdown of heparan sulfate (HS). Faulty NAGLU enzyme leads to a toxic build-up of HS. ERT for type B aims to deliver functional NAGLU enzyme into cells to help clear HS.

However, due to the severe neurological symptoms of Sanfilippo, therapies that target these symptoms need to be active in the brain and must get into the right part of the brain cells to work.

For this study, Prof. Patricia Dickson and her team studied a modified NAGLU enzyme with improved cellular delivery. They administered this modified enzyme to newborn mice via a single dose directly into the brain’s fluid-filled chambers.

In the first four weeks after treatment, they were able to show that the NAGLU was stable, and provided similar levels of enzyme activity as seen in non-Sanfilippo mice. There was also no accumulation of HS seen in the treated type B mice within this timeframe. After an additional three months following the single treatment, NAGLU levels in the brain were only 25% less than those seen in non-Sanfilippo mice.

Despite the ERT being delivered directly into the brain, the team also observed normal NAGLU levels in the liver for up to two weeks post-treatment. This indicates that therapies targeted directly to the brain can possibly reach other parts of the body.

While the research is in the early stages, this encouraging study suggests that early treatment using ERT, followed by less frequent dosing, may be a viable treatment approach for Sanfilippo type B. However, it also emphasises the need for the earliest possible diagnosis of individuals with Sanfilippo, as early administration of ERT may have a more significant effect.