A No Nonsense Approach to Sanfilippo Syndrome

The Sanfilippo Children’s Foundation and Fondation Sanfilippo Suisse have awarded funds to Dr. Lachlan Jolly at The University of Adelaide, to identify potential new drugs that enhance the effectiveness of ‘nonsense read-through drugs’. 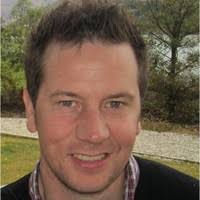 Sanfilippo Syndrome is a genetic disease resulting in an enzyme deficiency and the subsequent build-up of heparan sulfate. In approximately 12% of all Sanfilippo cases, the affected gene has an incorrect stop signal that blocks the production of the required enzyme. Such genetic changes are called ‘nonsense mutations’, which are associated with many different genetic diseases and often lead to more severe disease symptoms.

Dr. Jolly’s incubator grant aims to identify new molecules that will enhance the effectiveness of nonsense read-through drugs. The team, which includes experienced Sanfilippo researchers, will screen a library of around 3000 FDA-approved drugs* using two approaches developed in Dr. Jolly’s lab. Any lead candidates identified will be tested in neuronal cell models of Sanfilippo type A, in combination with nonsense read-through drugs.

This project will be performed in synergy with work led by Professor Josef Getz’s, also at The University of Adelaide, who was recently awarded an NHMRC Ideas Grant to discover potential nonsense read-through drugs for broader genetic diseases.

“Funds from the Sanfilippo Children’s Foundation and Fondation Sanfilippo Suisse will allow drug screening and validation to occur directly in cell models of Sanfilippo,” said Megan Donnell, Founder and Director of the Sanfilippo Children’s Foundation. “As already FDA-approved drugs will be investigated, meaning they have already been tested for safety in humans, the translational path towards the clinic may be expedited for any promising candidates identified in this study.”

CEO of the foundation, Victoria Bowring, says: “This project has the opportunity to identify drugs for children with some of the most severe cases of Sanfilippo. Not only this, but the findings could be applied to all subtypes of Sanfilippo, as well as many other genetic diseases.”

Dr. Lachlan Jolly is a biochemist interested in understanding the molecular mechanisms of cellular degradation pathways in brain development. He has discovered several genes involved in neurodevelopmental disorders, and his work is focused on translating new strategies to treat genetic diseases.

*The U.S. Food & Drug Administration (FDA) regulates products such as food, drugs, biologics and medical devices in the United States. In Australia, the equivalent regulatory body is The Therapeutic Goods Administration (TGA).