The researchers will investigate the potential of two different types of stem cells as a therapy for Sanfilippo Type B. If successful, this approach may be able to halt or slow the progression of Sanfilippo by supplying the enzymes that are missing and reducing inflammation in the brain. A major advantage over other potential therapies is that the stem cells may also be able to reverse the damage already caused prior to diagnosis and treatment.

The researchers will focus on two different types of stem cells – neural stem cells from the brain and mesenchymal stem cells that can be obtained from bone marrow and other tissues. Stem cell therapy has not yet been extensively studied in Sanfilippo, but the types of cells being investigated in the project are currently in clinical trial for other conditions such as multiple sclerosis and spinal cord injury.

This project will use stem cells from mice that have been bred to glow a green colour so that the cells can be tracked after transplant into recipient mice. The cells will first be genetically altered so that they produce large amounts of the enzyme that is missing in Sanfilippo type B (NAGLU) before being transplanted, alone or in combination, into the brains of mice with the condition.

After six months, the survival and distribution of transplanted stem cells and the production of NAGLU enzyme in the brain, spinal cord and other parts of the body will be assessed. The benefit of the therapy will also be monitored by tests which measure the balance and agility of the mice.

“My lab is honored by the funding for this exciting potential therapeutic approach. The use of stem cell approaches that do not require harsh conditioning regimens should allow better tolerated treatments,” said Dr Coy Heldermon.

“Although this is early stage research, and working with stem cells can be very challenging, we are excited to fund this research because if a type of stem cell, or combination of stem cells were found to be beneficial, it could lead to a breakthrough therapy for Sanfilippo. If successful, this approach could be applied to all types of Sanfilippo and other similar conditions,” said Megan Donnell Founder and Executive Director of the Sanfilippo Children’s Foundation.

The Foundation is joined by Cure Sanfilippo (USA) as a funding partner contributing a combined AUD$90,000 to this project.

"We are excited to support Dr Heldermon's investigation of the use of non-embryonic stem cells in the Sanfilippo brain.  Typically by the time of diagnosis, children are already showing the detrimental effects of Sanfilippo Syndrome on their young brains.  Finding ways to restore health to the affected brain is a critical mission for patients living with neurodegenerative diseases today," said Cara O'Neill MD FAAP, Scientific Director of Cure Sanfilippo. 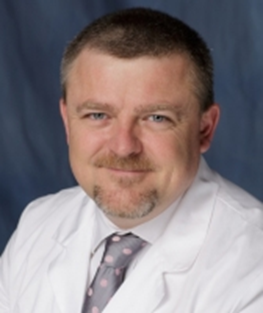 Dr. Heldermon is a medical doctor and has a Ph.D. in Biochemistry and Molecular Biology. His research expertise is in the use of gene replacement and stem cell therapies for the treatment of inherited disorders such as lysosomal storage diseases.