Investigating the role of brain lipids (fats) in Sanfilippo

The Sanfilippo Children’s Foundation has awarded funding to a one-year project looking into how abnormal levels of lipids (fats) in the brain contribute to the symptoms of Sanfilippo. The project, entitled Brain lipid homeostasis: a critical event in Sanfilippo A neuropathology, will be carried out by researchers led by Associate Professor Maria Fuller at SA Pathology in Adelaide, Australia.

Sanfilippo Syndrome is caused by the build-up of sugar chains called glycosaminoglycans or ‘GAGs’ within the cells due to a deficiency of a certain protein required to break them down. This has catastrophic consequences for the cells in the body, especially those in the brain. One such consequence is the disruption of fat metabolism in the brain, and it is thought that this may impact on proper brain development and function.

This project will take the first steps to investigate alterations in fats in the developing Sanfilippo brain and determine if it might be possible to develop a treatment which targets abnormal fat metabolism.

The Adelaide-based researchers will study the brains of mice with Sanfilippo Type A to understand the abnormal fat metabolism and how it influences memory and learning. They will also treat some mice with a drug that interferes with fat metabolism to see if fat balance in the brain can be restored with an associated improvement in disease symptoms.

Unfortunately, this drug cannot be used in humans due to its toxicity, but if the treatment is successful in mice, it will identify a target for the development of drugs for children with Sanfilippo.

According to chief investigator, Maria Fuller, this research is important as it looks at a poorly understood aspect of Sanfilippo.

Associate Professor Maria Fuller said: “Many thanks indeed to the Sanfilippo Children’s Foundation for the funding; we are looking forward to understanding more about the brain in Sanfilippo Syndrome.”

Founder and executive director of the Sanfilippo Children's Foundation, Megan Donnell said the Foundation is delighted to be working with Associate Professor Fuller and her team.

“This research may lead to the development of new treatments which could be complementary to the other approaches currently in development. It is anticipated that for a successful treatment of Sanfilippo, a combination of therapies will be required and this approach may be one piece of the puzzle,” Megan Donnell said. 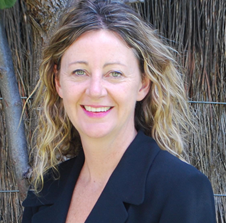 Prof. Maria Fuller and her team at SA Pathology in Adelaide have completed this Incubator project investigating vital lipids (fats) in the Sanfilippo brain and their role in the disease.

By looking at the brains of one- and six-month-old Sanfilippo type A mice, the team found changes in the metabolism of different types of lipids in parts of the Sanfilippo mouse brain. They found some lipids had accumulated in certain parts of the brain in the one-month-old mice, but this accumulation was widespread at six months of age. The accumulation of more types of lipids was also seen in the older Sanfilippo mouse brains.

To see if lipid metabolism could be targeted as a therapeutic avenue, the team used a drug called ‘fumonisin B1’, which can reduce the build-up of certain lipids. While there were no adverse side-effects seen in the treated mice, the treatment did not change the lipid build-up in mice with Sanfilippo. This may be due to the blood-brain barrier preventing the drug from accessing the brain.

Results from this study have been published, and the project has also contributed to two additional publications on biomarkers involving lipids and the collection of cerebrospinal fluid samples for biomarker testing.