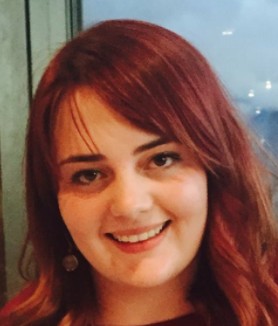 Laura’s PhD project involved the use of fruit fly models of Sanfilippo to understand the mechanisms that lead to neurodegeneration in the disease.

She successfully characterised two different Sanfilippo type C fruit fly models - one model had a change in the Hgsnat gene, while the other had the Hgsnat gene deleted in neurons. Both models demonstrated typical symptoms of the disease, such as an accumulation of heparan sulfate, cellular dysfunction, altered behavioural activity and changes to their circadian rhythm. When type C flies were compared to a previously-developed type A fly model, Laura found that the activities of similar genes were altered in both subtypes, and no significant differences between these models were observed. However, closer examination of the symptoms observed when the Hgsnat gene was switched off in either neurons or glia (support cells) suggested that these cells contribute differently to neurodegeneration and symptoms in the type C fly model.

More research is needed to investigate these findings in detail, but Laura’s work has laid the foundation for important follow-up studies.

Laura shared her PhD findings with other researchers at various national and international conferences and symposiums, including the Sanfilippo Children’s Foundation’s inaugural Solving Sanfilippo Syndrome in 2020.