Development of Pharmacological Chaperones for Sanfilippo type B

The Sanfilippo Children’s Foundation, Fundacja Sanfilippo (Poland) and Sanfilippo Initiative (Germany) have awarded funds to Associate Professor Vito Ferro at The University of Queensland, to design and develop potential chaperone drugs for Sanfilippo type B. 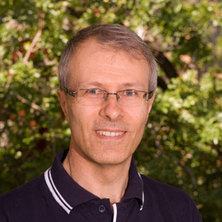 Sanfilippo Syndrome has four subtypes, each affecting one of four different enzymes dedicated to breaking down heparan sulfate, a complex sugar molecule. In Sanfilippo type B, the second-most common form of the disease, the affected enzyme is called NAGLU. Most patients with Sanfilippo type B have changes in NAGLU that make it unstable, resulting in the destruction of NAGLU and the build-up of heparan sulfate.

This incubator grant builds on work started in 2020 funded by a philanthropic grant from Bulgaria. Assoc. Prof. Vito Ferro and collaborator Assoc. Prof. Kim Hemsley (Flinders University) will lead a team of experienced Sanfilippo researchers to identify small molecule drugs that bind to NAGLU and stabilise the enzyme. In doing so, NAGLU will be able to reach its final destination, break down heparan sulfate, and potentially slow the progression of Sanfilippo. This approach is called Pharmacological Chaperone Therapy (PCT), and Assoc. Prof. Ferro has performed similar studies with type A, with top PCT candidates currently being studied in a type A mouse model.

Firstly, the team will use state-of-the-art computer programs to help design compounds that will bind to NAGLU. Once designed, they will make the molecules in the lab before testing how well the drugs bind to the enzyme. The top candidates will be subject to further examination in cells from patients with Sanfilippo type B, to identify those with the most promise for future drug development studies.

The PCT drugs that will be investigated in this project are small molecule drugs, which can be chemically modified to be taken orally and to cross the blood-brain barrier. While potential PCT drugs could address the root cause of the disease, they are highly selective and may only be applicable to some patients with Sanfilippo type B - those with certain changes in their NAGLU gene.

Megan Donnell, Founder and Director of the Sanfilippo Children’s Foundation, said: “PCT is one emerging therapeutic avenue for lysosomal storage disorders, of which Sanfilippo is one. The therapeutic potential of PCT has already been demonstrated with Migalastat, a small molecule PCT drug that has been successfully developed and approved in Australia for the treatment of another lysosomal storage disorder, Fabry Disease.”

“We are excited to build on earlier philanthropic support for this project and fund this research along with our German and Polish counterparts,” said Victoria Bowring, CEO of the Foundation. “It is through collaboration, between research teams and across funding bodies, that we will step closer to one day achieving a cure for Sanfilippo.”

Associate Professor Vito Ferro is an organic chemist at The University of Queensland with vast experience in drug discovery. Over the past 10 years, his research has focused on the design and synthesis of heparan sulfate mimetics as chemical tools and potential therapeutics for a range of diseases, including Sanfilippo.

Professor Ferro’s team at The University of Queensland undertook computer-based modelling to identify and design chemical structures that might best ‘fit’ and bind to the NAGLU enzyme. Based on this modelling they synthesised and characterised a total of 11 different compounds. They also undertook computer-based screening of existing drugs to see if any could be repurposed as chaperones for the enzyme NAGLU, and found 20 initial candidates.

The team at Flinders University in Adelaide, led by Dr Adeline Lau and Professor Kim Hemsley, processed and cultured two Sanfilippo type B skin cell lines that had been generously donated by overseas patients. The team optimised their cell culture procedures and developed a more efficient assay to measure lysosomal storage.

The team then used these cells and assays to test the 11 compounds synthesised in Professor Ferro’s lab and another repurposed compound purchased externally. Several of these compounds showed promise as potential chaperones in initial tests, and further analysis via more sensitive techniques is ongoing to validate these results.

The team will continue to explore these initial leads and early results to identify potential chaperone drugs that could one day treat patients with Sanfilippo type B.