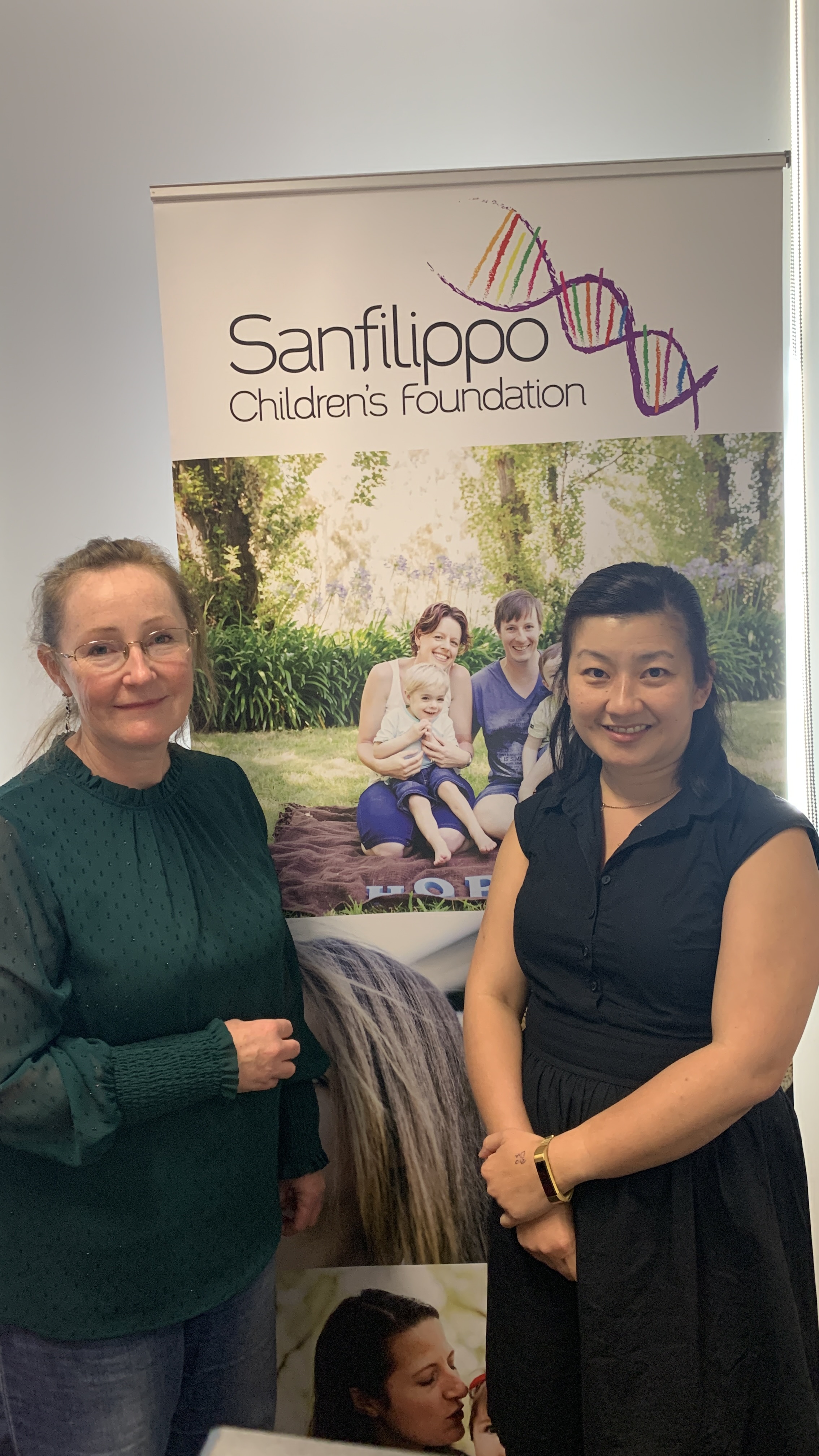 Twenty years ago, Kim Hemsley and Adeline Lau began their work on a rare neurodegenerative disease called Sanfilippo syndrome. They are now long-term colleagues and close friends committed to making a difference in Sanfilippo research.

In late 2001, Kim and Adeline joined the same laboratory at the Women’s and Children’s Hospital in Adelaide, Australia. Kim had completed her PhD and Adeline had just finished Honours. Before this time, neither had heard of Sanfilippo.

In her early days of Sanfilippo research, Kim helped characterise a newly developed type A mouse model, which has since assisted with the pre-clinical evaluation of potential treatments. At the same time, Adeline was working to measure the storage of toxic molecules in Sanfilippo and the impact of therapies. They have worked on other projects, including assessing the safety and effectiveness of delivering enzyme replacement therapy in Sanfilippo type A mice - pre-clinical work that entered into a clinical trial for patients with Sanfilippo type A.

Both have seen enormous change in the Sanfilippo research field in twenty years. ‘Many methods that are now standard worldwide were yet to be developed,’ said Dr Adeline Lau. ‘In fact, [when they started working in Sanfilippo research] the protein that is deficient in MPS IIIC, HGSNAT, hadn’t even been discovered.’

Twenty years ago, only a handful of groups researched diseases like Sanfilippo around the world; now, thousands of researchers and clinicians dedicate their lives to studying and treating childhood dementias.

Professor Hemsley believes a big reason for the field's growth is the families, foundations, and societies that have formed over the years. ‘They have made noise, reached out, and have really made researchers in other fields sit up, take notice, and commit to joining the quest to develop safe, effective treatments that will improve the quality and quantity of life of the children with dementia-causing disorders.’

Nowadays, they continue their work on Sanfilippo as members of the Childhood Dementia Research Group at Flinders University, a laboratory headed by Professor Kim Hemsley. Kim and Adeline use cell and mouse models of Sanfilippo to evaluate new therapeutic approaches.

Both credit their family, teachers and mentors as their major influencers in and out of the lab. ‘Given that we have worked together for 20 years, it’s not unexpected that Kim Hemsley has also played a huge influence in my life,’ said Adeline. ‘I consider her a mentor and friend, we’ve attended each other’s special occasions and she was the one that gave me the confidence to undertake my PhD.’

Like other researchers around the world, Kim and Adeline go to work every day hoping to discover something new about Sanfilippo that will one day be used to help patients.

‘It’s my goal to see a suite of safe and effective treatments approved for children with Sanfilippo syndrome before I retire,’ said Kim. ‘A range of treatments (likely combinations of treatments) is going to be needed to ensure the broadest possible access to therapies in the Sanfilippo community.’