Meet Associate Professor Vito Ferro, a chemist at The University of Queensland. He is working to develop drugs for patients with Sanfilippo that have the potential to slow down the disease. He is one of a number of researchers working tirelessly to solve Sanfilippo. Below is a Q&A to get to know a little bit more about A/Prof Ferro and the research projects he is working on. 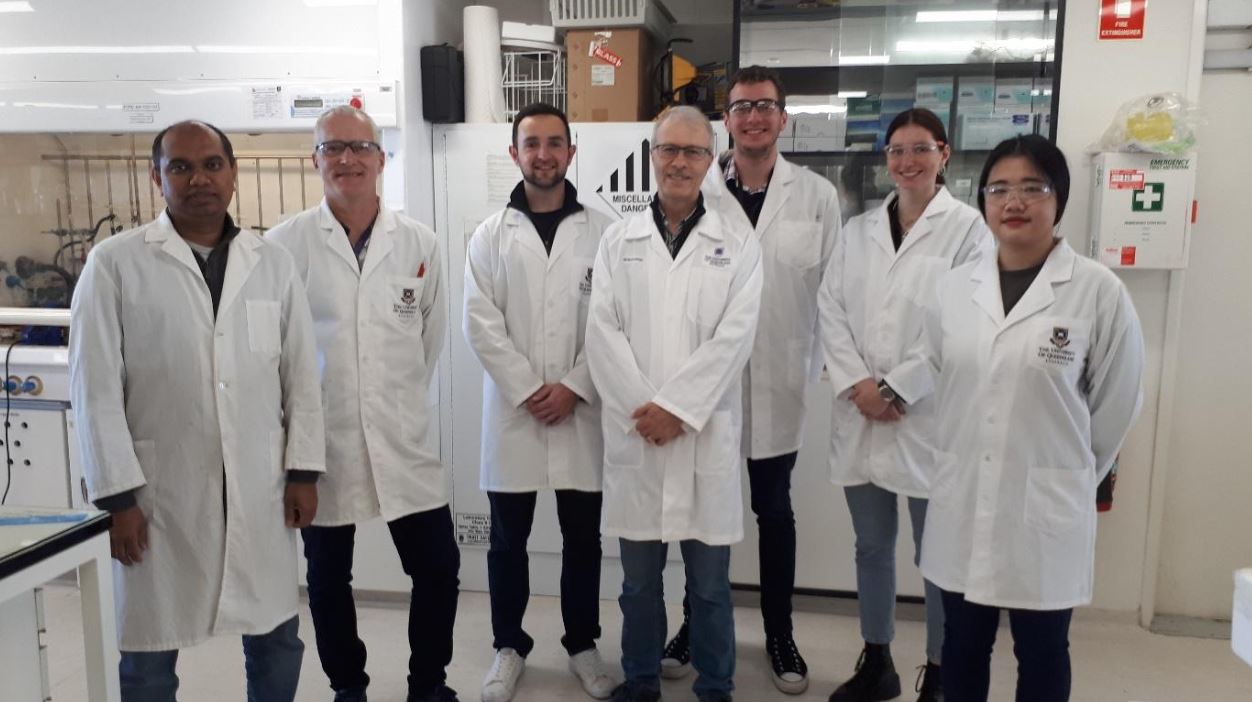 Associate Professor Vito Ferro (centre) with his research team at the University of Queensland.

Vito: I was always fascinated by science, particularly chemistry, but didn’t really know what a career in science would look like. After high school I spent a few years studying/working in another sector, but it wasn’t for me. I then went back to university with the aim of doing what I was good at and enjoyed at school, i.e., chemistry, and then I just kept going along that path.

Vito: I am trying to develop new drugs to treat Sanfilippo syndrome. The aim is to make compounds that improve or restore the activity of the faulty enzymes that cause the disease.

Vito: It’s just the knowledge that what we’re doing may have a real, tangible impact on the lives of Sanfilippo patients and their families. Their bravery is inspiring.

Vito: Before I moved to academia, I spent 12 years working in the biotechnology industry. There was a point early on when I thought my future would be in management rather than science. But then the company was successful in obtaining government funding to develop a pipeline of new drugs. I was tasked with setting up and leading the in-house research and development team and so I satyed in science.

Vito: The many great scientists I have had the pleasure to work with, including my PhD and postdoctoral supervisors, Bob Stick, Klaus Bock, Morten Meldal and Steve Withers, who all piqued my interest in glycoscience. A big shout out to Rob Don who was my boss and mentor during my industry career. And once I moved to academia Graeme George and Ross Barnard were influential colleagues and mentors.

Vito: These days I just like chilling out at home and spending time with my family. I especially enjoy cooking (and eating!) traditional Sicilian food with them. I also have a soft spot for football (soccer & Aust rules), but these days it’s watching rather than playing.

Associate Professor Ferro is involved in several research projects that are receiving support from Sanfilippo Children’s Foundation and others. He led a project to design Pharmacological Chaperone Therapies for Sanfilippo Type A. This resulted in the discovery of some candidate drugs and Vito is now a collaborator on a project led by Dr Adeline Lau at Flinders University to further evaluate the potential of these drugs.

In 2020, Vito was awarded an SCF grant to contribute towards the development of Pharmacological Chaperone Therapies for Sanfilippo Type B. He is also a collaborator on a project led by Associate Professor Kim Hemsley at Flinders University to investigate whether targeting purine signalling can reduce inflammation in the brain in Sanfilippo.