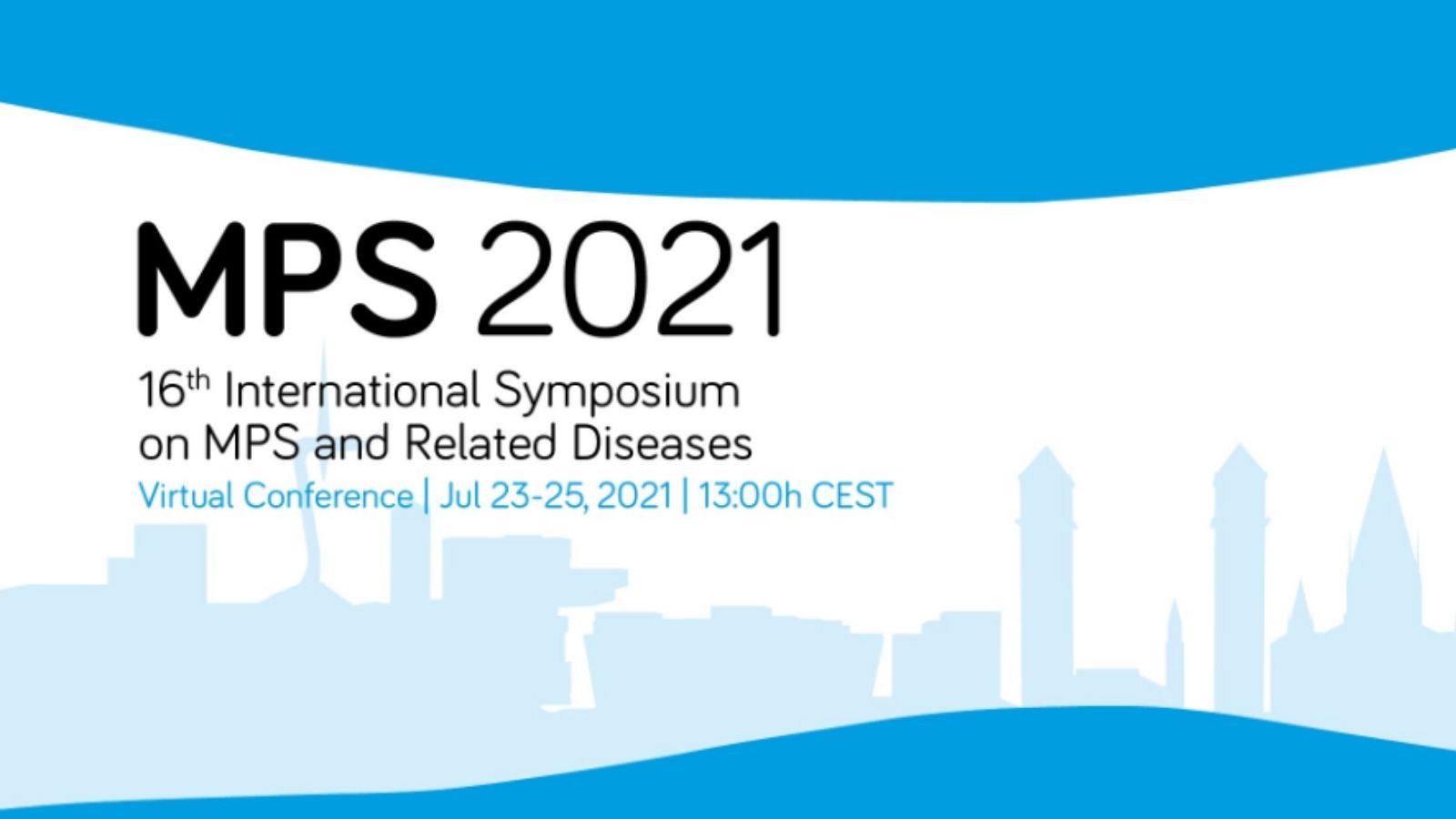 MPS2021, the 16th International Symposium on mucopolysaccharidoses and related disorders, was held virtually from 23 to 25 July.

It was a packed three days with presentations and posters covering all aspects of MPS research, from fundamental biomedical research through to clinical trials, as well as the clinical care, management and quality of life needs of individuals and families affected by MPS.

It was also fantastic to see several Australian and international researchers funded by Sanfilippo Children’s Foundation and our partners presenting some of their findings.

As more treatments become available for MPS disorders, and as the evidence mounts that very early treatment greatly improves outcomes, the need for newborn screening (NBS) for MPS disorders is increasing. Professor Frits Wijburg from Amsterdam University gave a comprehensive overview of the current status of newborn screening for MPS disorders. NBS is technically feasible for the majority of MPS including Sanfilippo, but requires additional screening steps to rule out false positives and techniques are still needed to distinguish between the severe and slowly progressing forms, which can impact care and treatment decisions.

Prof Wijburg discussed the benefits that can come from early diagnosis including removing the long diagnostic odyssey for families, but also called for international debate on the ethical issues surrounding the identification of patients for whom treatments are yet to be available.

Several speakers discussed their work to unravel the biology of the lysosomes, the waste disposal plants of cells that are clogged up in MPS disorders. Improving the delivery of enzymes to lysosomes to correct their function requires detailed understanding of lysosome components. Another related part of the cell, called the autophagosome (literally meaning ‘self-eating’), fuses with lysosomes to complete the waste disposal process. This process is blocked in MPS disorders and many researchers are investigating ways to unblock it to help rescue cells from the toxic build up.

Advances in new technologies for therapies

We heard about the use of DNA technologies, called ‘gene editing’, to target the correction or suppression of faulty genes. These advanced technologies use small pieces of DNA or its related molecule RNA, to target and repair a gene, or to allow the cell’s DNA reading machinery to skip over the faulty part of the gene. In some cases these techniques are also being used to suppress the production of the molecules that build up in MPS diseases in a form of substrate reduction therapy. These therapies are in the very early stages of development and need refining, but some early clinical trials are underway in patients with MPSI and II.

We heard alot about promising gene therapy clinical trials (see below) at the conference, but a key hurdle preventing some individuals from receiving the treatment is the presence of antibodies to the viruses that are used to deliver the genes. Federico Mingozzi from Spark Therapeutics discussed their work to develop a drug called IdeS that can temporarily remove antibodies from the blood. They have shown in mice that this can provide a window to successfully deliver the gene therapy to cells. More work is needed before clinical trials can be done, but the encouraging results suggest that more MPS patients may be able to receive gene therapy in the future.

Several presentations and discussions covered both the technical challenges for drug development as well as the regulatory landscape that must be navigated for a new therapy to become available.

Dr Emil Kakkis of Ultragenyx Pharmaceuticals discussed the challenges of trial design in the rare disease space and highlighted Sanfilippo syndrome clinical trials as a case where drug companies are working hard to validate new biomarkers for treatment efficacy that will be accepted by drug regulatory bodies. He called for collaboration in the neuroscience community to build momentum in this area. Other speakers highlighted the important role for the patient community in preparing for and responding to the regulatory bodies evaluation of new therapies.

In a series of presentations and posters about the development of therapies for MPS disorders, and in particular for Sanfilippo syndrome, we heard more detail about:

The interim results of several clinical trials for Sanfilippo syndrome were presented, building on the information presented at the WORLDsymposium in February 2021.

The team from the University of Manchester described both their preclinical results and the early data from the clinical trial of the therapy which has been licensed to Orchard Therapeutics. In this treatment,  haematopoietic stem cells (blood and bone marrow stem cells) are taken from an individual, exposed to gene therapy in the laboratory and then infused back into the patient to produce the enzyme.

One Sanfillipo type A patient treated through compassionate access at 2.5 years of age and now followed for two years has tolerated the treatment well and not shown any adverse events. He has good correction of his heparan sulphate levels in cerebrospinal fluid (CSF), blood and urine. Full neurocognitive test results are still to be released, but the indication is that they do not show full correction of the developmental delay. A further five type A patients aged under 2 years have also now been treated in the phase I/II clinical trial and are also showing good safety results with data on heparan sulphate and neurocognitive development yet to be released.

19 patients with Sanfilippo type A have been treated in this trial in which gene therapy was injected directly into the white matter of the brain in 6 separate sites. The MRI scans showed some abnormalities in the white matter of the brain at the injection sites. Their data now shows that these while matter lesions remain stable or gradually reduce over time and are not associated with any clinical symptoms.

One patient in the trial died, as reported previously, and the USA drug regulator (FDA) has now ruled that there was no evidence to implicate the gene therapy procedure in the death.

Follow-up is still ongoing in the rest of the patients, with early results showing a modest reduction in heparan sulphate in the CSF, but no reduction in the blood, suggesting that the direct delivery of the therapy to the brain helps partially reduce heparan sulphate in the brain, but does not reach the rest of the body. Measures of neurocognitive development and behaviour will only be analysed and released at the conclusion of the trial.

In the Transpher A trial for children with Sanfilippo type A, three groups of patients have been treated with different doses of the gene therapy that is delivered via an infusion into a vein. 15 patients have now been treated in the highest dose group and followed for on average 2.5yrs. These patients all show significant reductions in heparan sulphate levels and other biomarkers to within normal levels in the CSF, blood and urine. Ten of these patients were treated under the age of 2 years and are all showing encouraging developmental trajectories within the normal range.

The exciting new data discussed in this presentation (and mentioned in an earlier media release from the company) showed the MRI scan data for three patients who were treated at the youngest ages. Their brain scans show continuing growth of the brain which is in distinct contrast to untreated patients with Sanfilippo syndrome who universally show shrinkage of the brain.

Sadly, individuals who were older or who had greater degrees of developmental symptoms at the time of treatment have continued to decline.

The Transpher B trial of the same type of gene therapy for individuals with Sanfilippo type B, has also treated patients under the age of two in three groups with increasing doses. Data from all the groups show reduction in CSF heparan sulphate and other biomarkers and reductions in liver volume. Results of the cognitive tests for the higher dose groups are looking promising, but a longer follow up period is needed before the results can be released in more detail.

In this ongoing trial in Barcelona, the gene therapy is delivered by injection into the fluid that bathes the brain. Some of the gene therapy also enters the bloodstream. Nine patients, aged between 2 and 5 years, have been treated in three groups, each receiving an increasing dose of the therapy. Only the safety data has been presented so far, with the treatment being well tolerated. One patient experienced a serious adverse event related to the surgical procedure, but no events related to the gene therapy were observed. Unfortunately, the pandemic has delayed the follow-up of the patients, so the biochemical and neurocognitive testing are yet to come.

Dr Kim Hemsley from Flinders University in Adelaide presented her results showing that a non-invasive method to measure the thinning of the retina in Sanfilippo syndrome may provide a real-time measure that reflects the damage in the brain. With further development it could be used in clinical trials to track treatment responses.

Professor Sandra Orgeig from the University of South Australia presented results from her study into lung function in Sanfilippo and other MPS. Their animal studies suggest that MPS disorders affect the lubricant (surfactant) on the inner surfaces of the lungs and reduce lung tissue elasticity and diaphragm muscle strength. These findings help explain the impact of MPS on lung function and increased susceptibility to infection.

Leanne Winner, a PhD student receiving a Sanfilippo Children’s Foundation top-up scholarship  and working with Associate Professor Hemsley at Flinders University, presented her excellent data identifying several biomarkers in the brains of MPSIIIA mice that reflect disease progression. If these biomarkers are validated in the blood of patients they may be useful in clinical trials to track responses to treatment.

Researchers from the Lysosomal Storage Diseases laboratory at the National Institute of Health in Portugal, including Dr Francisca Coutinho, described their work developing RNA-based therapies to correct the abnormal splicing of genes and as substrate reduction therapies for Sanfilippo type C. Their early data is showing promise, but further work is needed to improve the consistency of the effects and improve delivery of the sensitive molecules to cells.

Dr Coy Heldermon presented data from his work on a gene therapy vector to optimise the delivery and production of the NAGLU enzyme for Sanfilippo type B. His results in type B mice  show increased NAGLU activity in multiple areas of the brain, normalised heparan sulphate levels, longer lifespan, normalised day-night activity cycles, and significantly improved hearing.

Dr Adeline Lau from Flinders University, South Australia, presented her early results in the development of a substrate reduction drug candidate for Sanfilippo type A. The drug significantly reduced HS levels in human skin cells and when given to MPSIIIA mice there was an encouraging 21% reduction of heparan sulphate in the brain after 7 days of treatment. The team will continue their work to examine the drug’s effects on pathology and behaviour in mice. 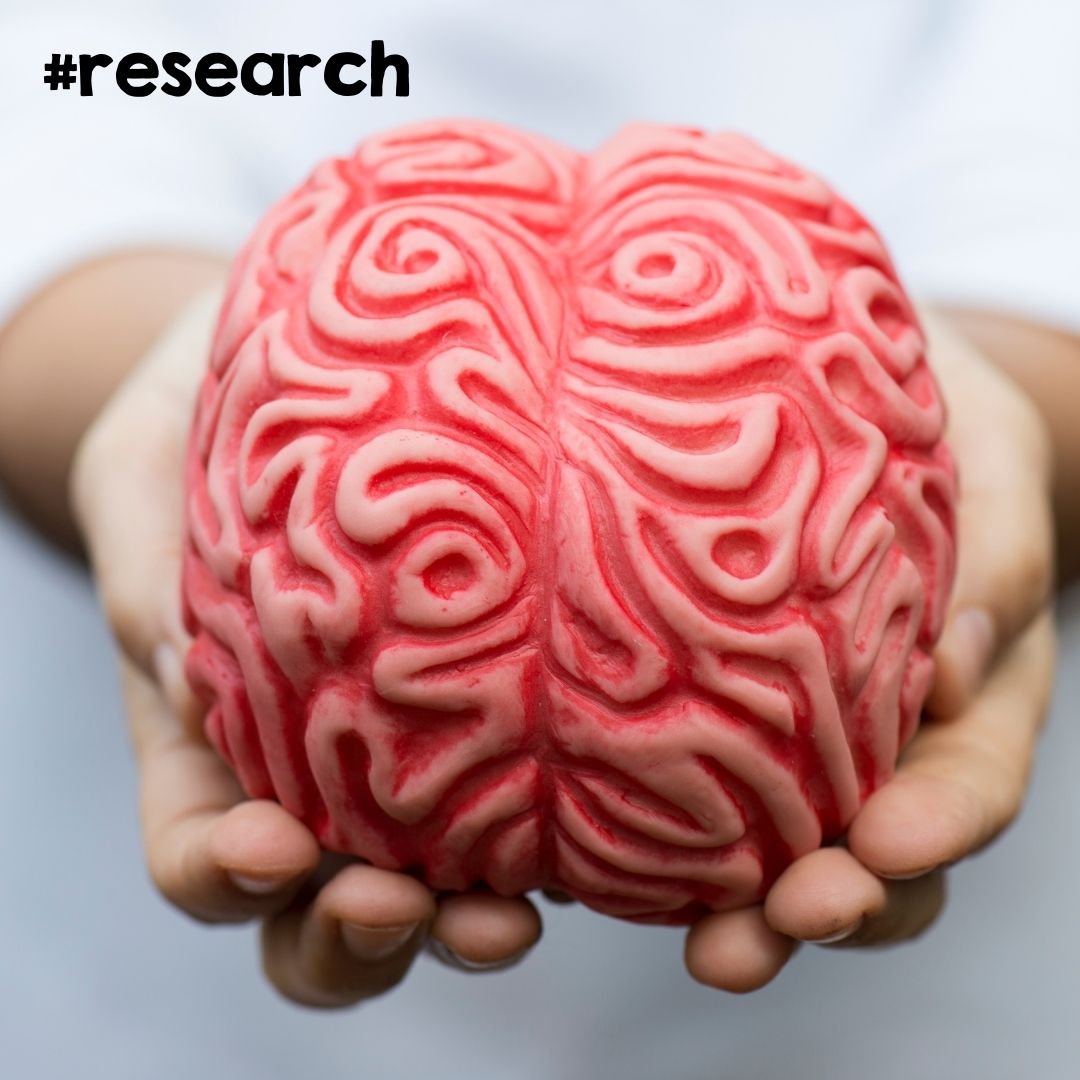 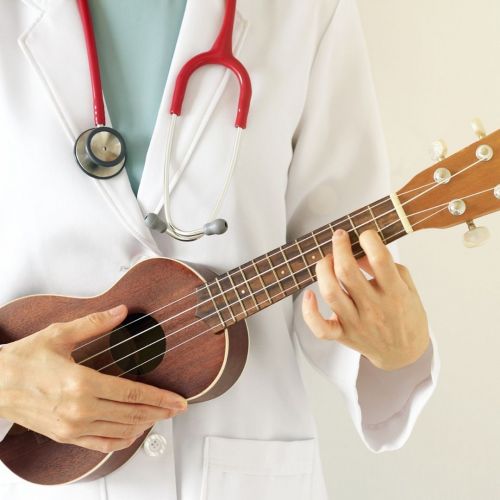 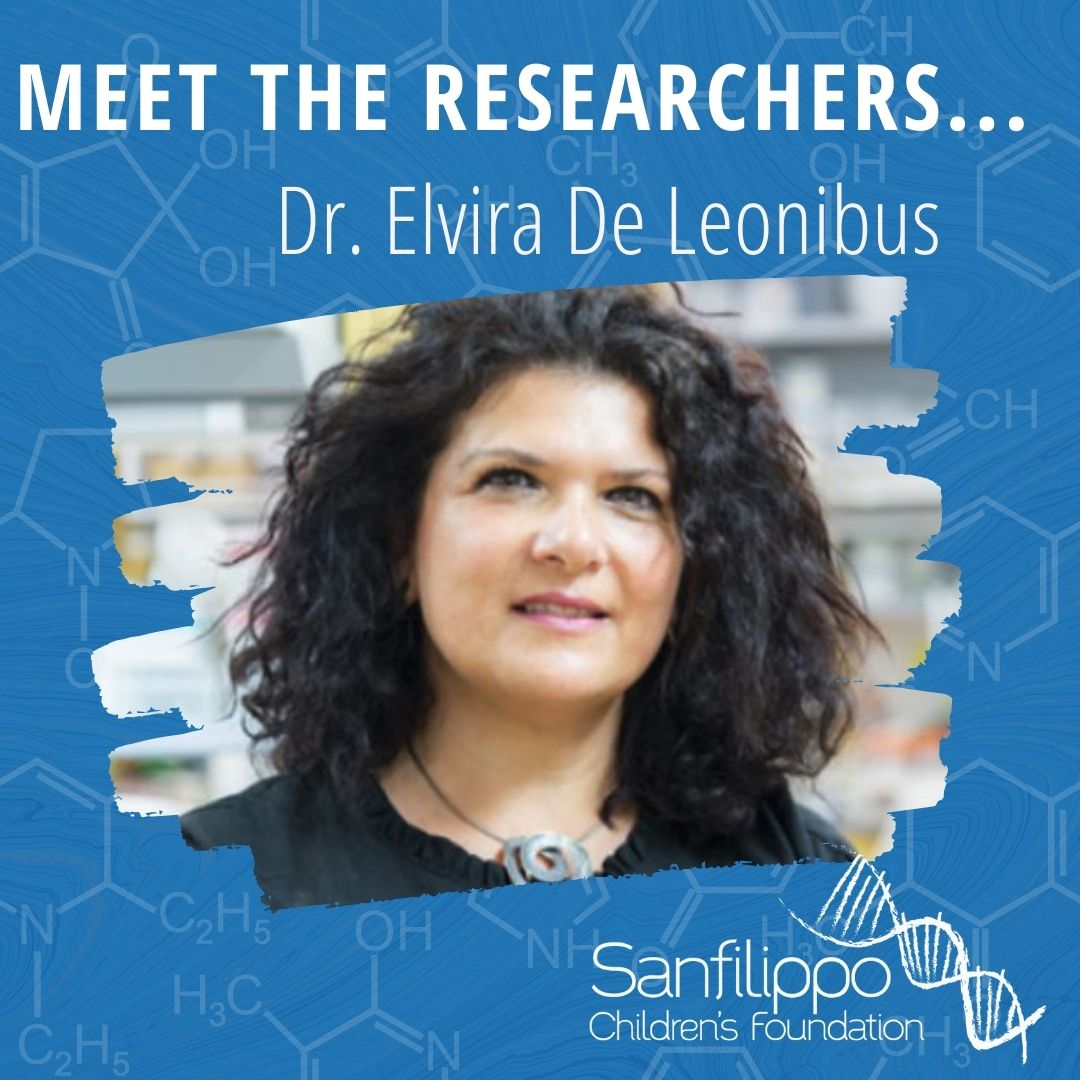 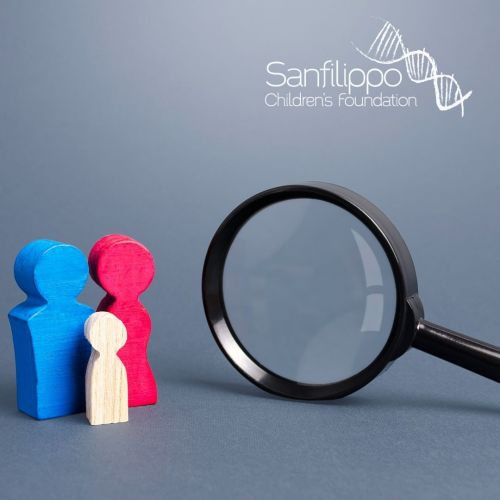 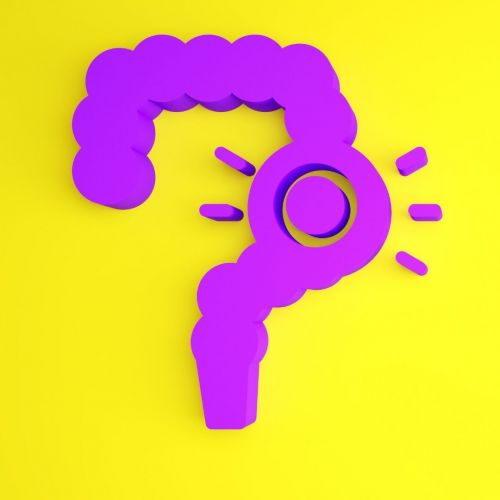 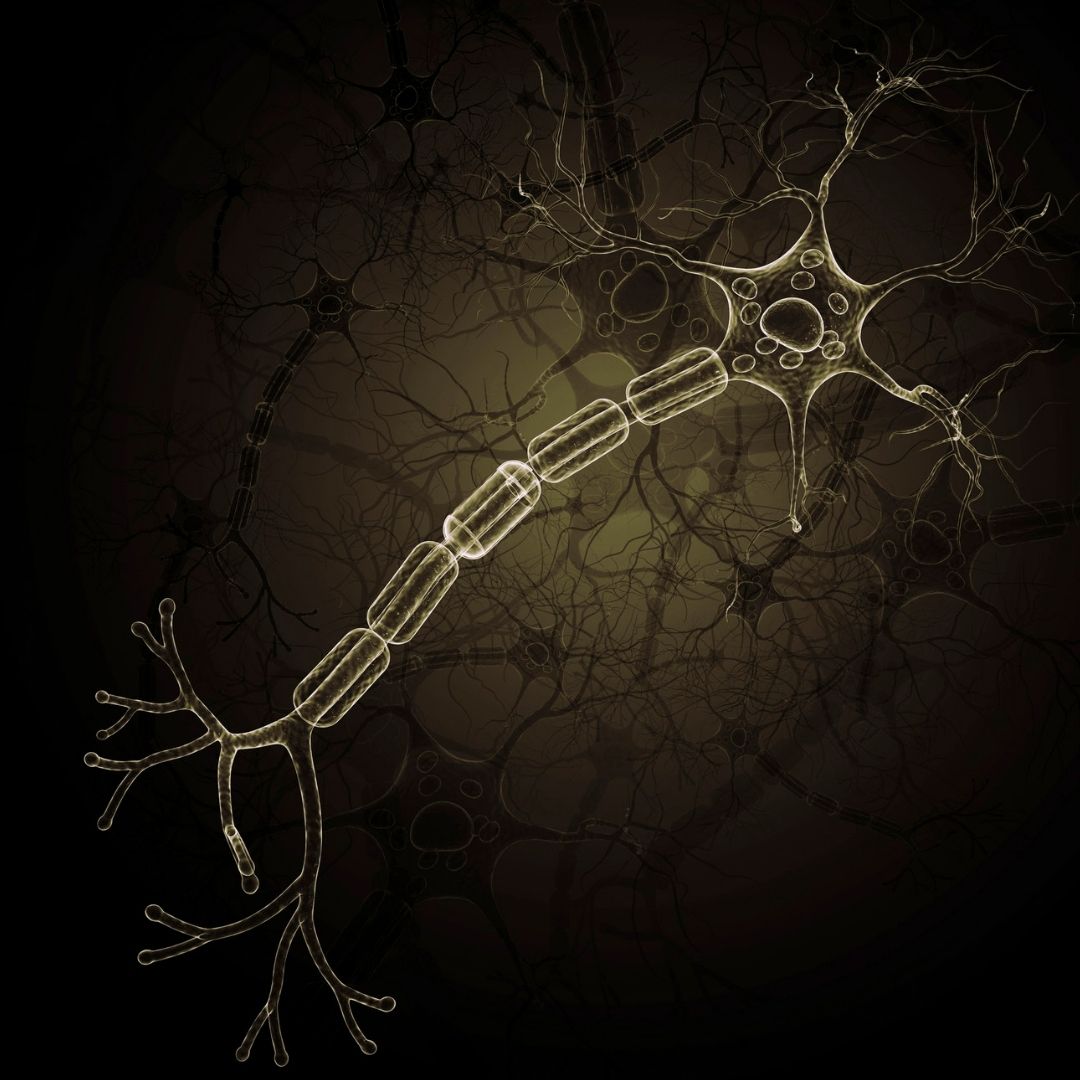